Immunity to Influenza- the Ayurveda perspective 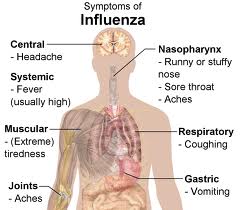 Public health emergency declared! (Flu Epidemic in New York ) 20,000 people affected in the State of New York alone by influenza. 20 children reportedly have succumbed to the virus (mainly of type AH3N2) nationwide across the USA. The Centres for Disease Control (CDC) reports that 128 million doses of vaccines has been distributed across the USA. The intention is to further up the production of vaccines to cover an even 50%. Further, this year’s vaccine is reportedly effective only in 62% of the cases administered the vaccine. Imagine the richest country in the world having close to half its population on a vaccine for flu.

In India, the numbers of those affected by viruses of this kind must be several multiples of that in the US, and the fatalities even higher.

Is anyone stopping to think why are so many people prone to the flu? Why is immunity so low? Is there a different way to approach this public health issue?

Further, a long-standing puzzle has been why outbreaks of the flu occur seasonally rather than uniformly throughout the year? There are various hypotheses ranging from:

However, seasonal changes in infection rates also occur in tropical regions, and in some countries these peaks of infection are seen mainly during the rainy season. Seasonal changes in contact rates from school terms may also play a role in the flu. An alternative hypothesis (dating from 1965) to explain seasonality in influenza infections is an effect of Vitamin D levels on immunity to the virus. It is clear that everyone is groping in the dark to explain the seasonality?

Is there an alternate view possible where internal rather than factors external to the individual are considered contributory to poor immunity? And, the seasonality aspect of influenza as well?

The seasonality can perhaps be attempted to be explained from the point of view of Ayurveda wherein each person depending on his inherent constitution (prakrti) in a particular geography, at a particular time of life (or age), time of year and day, and stage/level of metabolic activity, is able to withstand external and internal agents that tend to break down the homeostasis of his body-mind system. 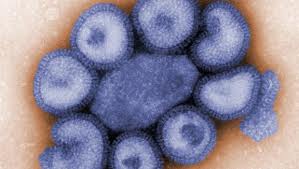 Ayurveda classifies viruses as ‘agantu’ or agent of disease. Microbes (single cause) were however never particularly important in the Ayurveda scheme of pathology. Exposure to disease causing agents (bacterium, virus, pathological emotion or selfish thought) results in disease only in those people whose internal conditions are ripe for colonisation (those whose Agni is weak and in whom Ama prevails).

According to Ayurveda, diseases are especially produced at the Ritu Sandhis or junctions of seasons when one season is not over fully nor the next one started fully. This explanation of disease pathology fits precisely into the seasonality pattern displayed by most diseases. The connection between healthy metabolism level (Agni bala) and immunity is clearly established in Ayurveda science.

However, without evidence it is inappropriate to make loud claims. Unfortunately, there have been no published studies on any such Ayurveda interventions at the community/public health level.

Hopefully, within 2-3 years there will be at least a few rigorously conducted studies in this area whereby an alternate Ayurveda based paradigm to withstanding viruses/bacteria at the individual and community level is presented to the world.